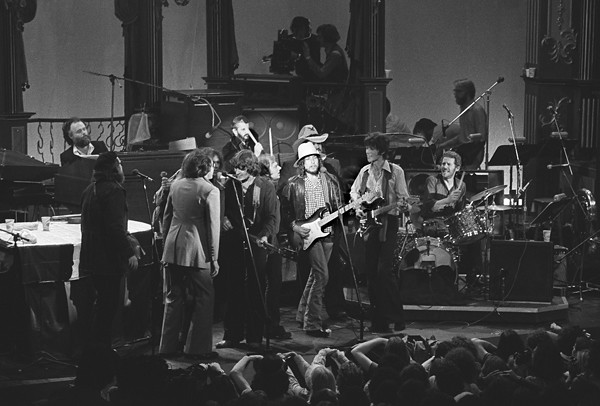 Reviewed by Gabriel of Urantia

A documentary by Martin Scorsese about the last concert of The Band, with Robbie Robertson (of The Band), who wrote "Take A Load Off Annie" and "The Night They Drove Old Dixie Down," and many others. He is a great lead guitar player. All of The Band are accomplished. They were on the road for 16 years, and for 8 of those years they worked in dives and bars and sometimes ate from dumpsters, which they reveal in this documentary. So success, even for great musicians, doesn't happen quick, and sometimes not at all. At their last concert, they invited guests like Bob Dylan, Van Morrison, Joni Mitchell, Eric Clapton, Neil Young, and of course The Band played with them. Wow, seeing is believing. I only wish I was in this documentary as a guest singer/songwriter myself. I look forward to playing with them when the Promised One returns, in another time, another place. But it will happen. The last song they played is a waltz, and it reminded me of one of my songs called CosmoWaltz. I think I wrote it for the same reason they played a similar waltz—just because they can—which shows their diversity. I wouldn't miss this one.