About "The Best of the Film Industry" 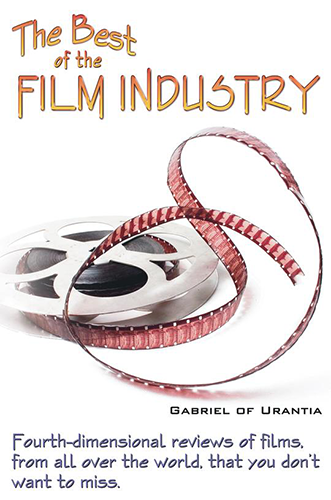 4th-Dimensional Films is the online extension of "The Best of the Film Industry", a book comprising 1,254 film reviews by Gabriel of Urantia/TaliasVan. In addition to the reviews, the book features Gabriel of Urantia/TaliasVan's statements on recreation, art, and films, as well as lists of his favorite actors, actresses, directors, and movie scenes, and the short essay "On the State of the Film Industry and Violence in our Schools".

Excerpt from "The Best of the Film Industry":

"This book endeavors to recommend consciousness-expanding films that contain some kind of social, historical, environmental, or spiritual message. All the films in this book have to be good "message-wise," but they also have to be well-done technically and in the areas of scriptwriting, acting, cinematography, direction, and production. I look for all-around good quality, professionally-made films. If the message is good and everything else bad, I won't put it in the book."

"The Best of the Film Industry" is full of films you won't want to miss, but may have because many of these quality films with profound messages never made it big at the box office. Add this to your bookshelf for an all-inclusive, go-to movie guide from one of the worlds greatest contemporary spiritual teachers.

Available from Global Change Tools. Go to the store >> 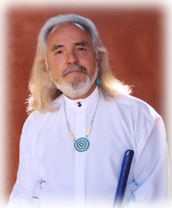 "I hope this book will encourage filmmakers, actors, and actresses to use their talents for higher purposes. The film industry can play a vital role in the future of this planet by using this artful medium as a way to express a myriad of revelatory themes relevant to the growth of the human spirit."

Gabriel of Urantia/TaliasVan is a musician, singer/songwriter, and author of several books, including his autobiography, The First Stage Of Light And Life, Into The New Millennium and Teachings on Healing from a Spiritual Perspective.

He is an activist for environmental and social concerns, a humanitarian, and a pioneer in bringing new spiritual concepts to the world.

Earlier on in his life, Gabriel of Urantia/TaliasVan was a hopeful actor, beginning at the Pittsburgh Playhouse. He later became, in his early thirties, a professional extra (handled by an agent) used for close-ups in Little House on the Prarie and Father Murphy in Old Tucson, Arizona.

Gabriel of Urantia/TaliasVan was additionally used in several made-for-TV movies, including one with Lindsey Wagner filmed in downtown Tucson. He also met Michael Landon (now deceased), Melissa Gilbert (did a scene with her), Merle Olsen (Father Murphy) and Victor French (Highway to Heaven).

Gabriel of Urantia/TaliasVan chose not to place music or acting before his first calling, which he felt was to be a human-rights minister. Interestingly, Pope John Paul was an actor in his early life and made the same choice!

As an avid filmgoer for decades, Gabriel of Urantia/TaliasVan picked these films after watching every one of them, including a variety of contemporary films from the 1990s and 2000s as well as many of the classics viewed throughout his life. He stated, "This is the only way that you can really do a book like this."